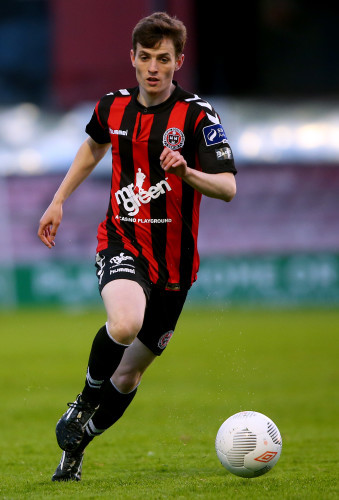 OCTOBER HAS TURNED out to be a memorable month for Aymen Ben Mohamed.

A week since he made his senior international debut, the Dublin-raised 23-year-old has helped his club, Espérance de Tunis, to reach the final of the African Champions League.

Trailing 1-0 from their semi-final first leg against Angola’s Primeiro de Agosto, the Tunisian champions advanced last night thanks to a 4-2 victory amid a raucous atmosphere at their 60,000-capacity Rades Stadium.

Ben Mohamed played all 90 minutes at left-back for Espérance, who will now go on to meet Al Ahly of Egypt in the final, which will be played over two legs. Al Ahly will have home advantage in the first leg a week on Friday, before travelling to Tunisia seven days later.

Born in London to an Irish mother and a Tunisian father, Ben Mohamed moved to Dublin with his family when he was two years of age. He began his career in the League of Ireland with UCD — where he was a Business, Economic and Social Studies student — before going on to have spells with Longford Town and Bohemians.

Ben Mohamed, who previously featured in a home-based Republic of Ireland U21 squad, received a senior call-up from Tunisia during his time at Bohs in 2016. Shortly afterwards he signed for Espérance, with his international debut finally arriving in last week’s 2-1 win over Niger which sealed Tunisia’s place in the African Nations Cup. 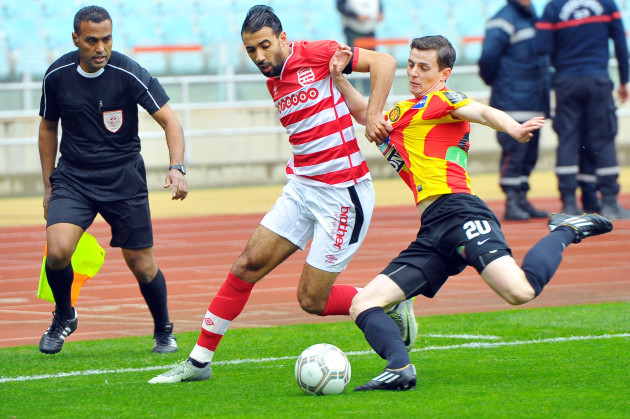 “For sure I would have played for Ireland, but I was always going to play for whoever called me first,” Ben Mohamed told The42 in a February 2017 interview. “But my dad always reminded me of where we came from and being Tunisian was something I was also proud of.”

“It’s a shame for me. It’s a shame for the organisation. It’s not like football, it’s like a terror film. I’d like someone responsible to look at the whole game and all the conditions of the game and make a decision.

“I’d like the responsible people of Caf or Fifa to see the game. This is the semi-final of the Champions League. What happened here is a shame for football.”

Twice winners of the competition, Espérance last appeared in the final in 2012, when they were beaten by the same opponents they’ll face in the 2018 decider. Al Ahly have won the African Champions League a record eight times.