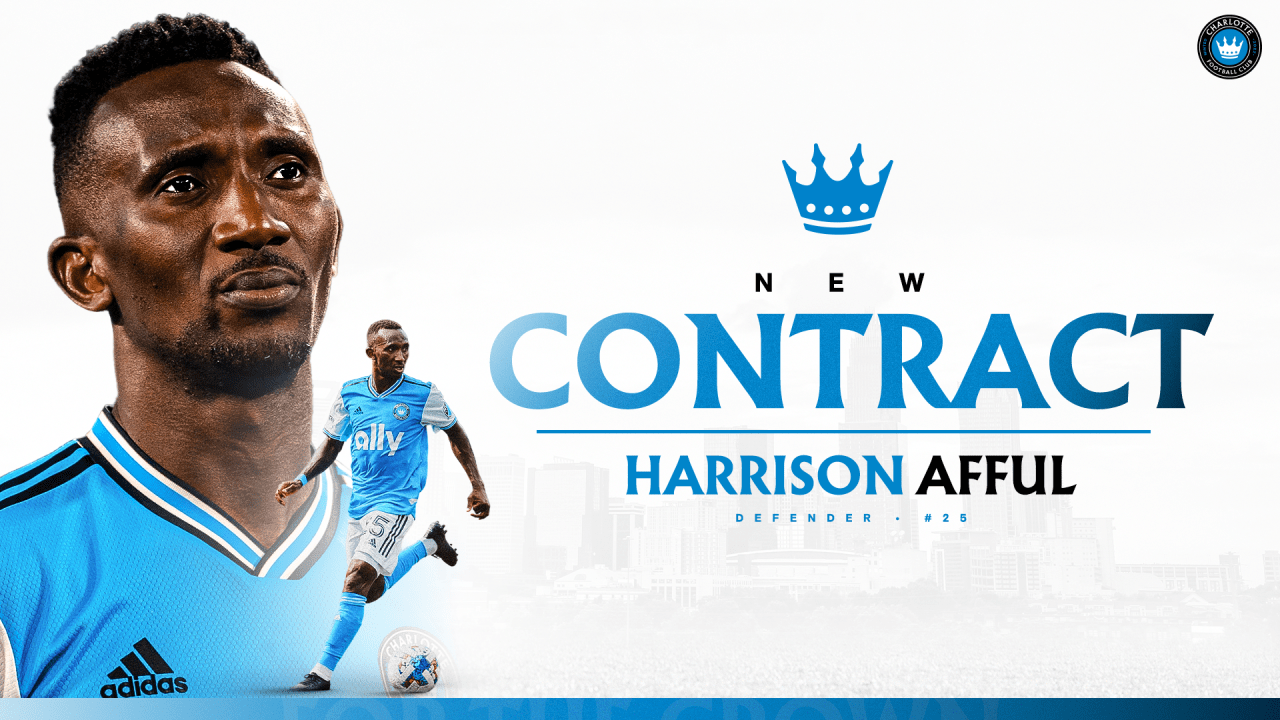 Afful, who appeared in 21 league matches for the Crown in their inaugural season after signing as a free agent, will also work with the Club’s scouting department in a player professional development role.

The 2020 MLS Cup Winner will enter his ninth season in Major League Soccer where he has amassed over 200 league appearances in all competitions.

“Harry played an important role in our 2022 season, and we’re excited to have him back in our locker room for the upcoming campaign. His versatility and leadership are incredibly valuable, and we’re looking forward to seeing him on the pitch once again in 2023,” said Sporting Director Zoran Krneta. “Beyond his impact on the field, he is a person of tremendous character and football knowledge. We are thrilled he will be spending his time off the pitch with Thomas, Lisandro, and our excellent scouting department to set the foundations of what is sure to be an excellent career off the pitch once his playing days are done.”

Charlotte FC will begin preseason preparations for the 2023 Major League Soccer season next week. The Club’s season opener will be at home against the New England Revolution on Saturday, February 25 at 7:30 p.m. Upper bowl tickets starting at $15 are available for that match.

Transaction: Charlotte FC Re-Sign Defender Harrison Afful to a new contract through 2023 with a Club option for 2024