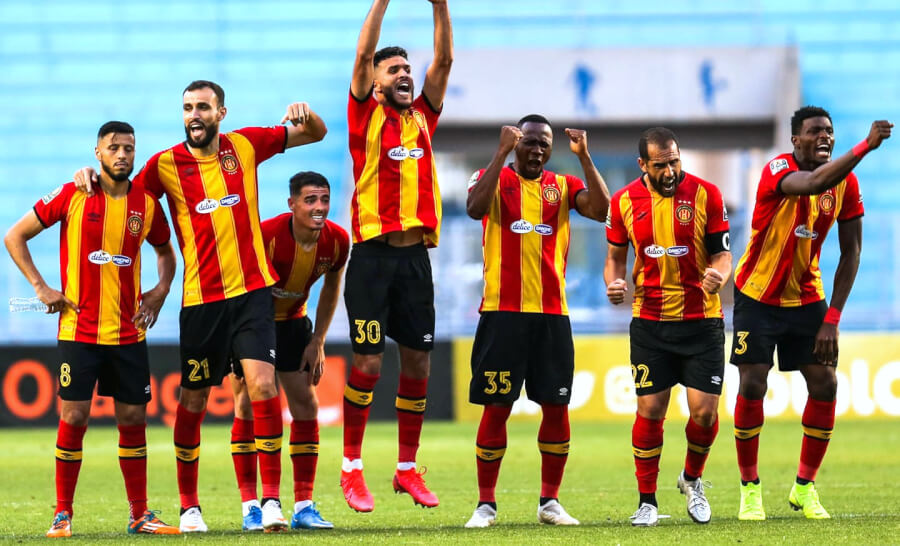 Esperance beat Belouizdad to advance to the semifinals of the CAF Champions League. Photo | est.org.tn

As a result, the tie ended in a 2-2 draw on aggregate and Esperance went on to secure a 3-2 victory over Algerian side Belouizdad on penalties and they advanced to the semifinals.

The Tunisian champions will now lock horns with defending champions Al Ahly of Egypt in a mouthwatering semifinal tie next month.

The Blood and Gold dominated the match from the start as they looked to grab an early goal in order to unsettle the Great Chabab's defence.

The score was 0-0 during the halftime break and Belouizdad were leading 2-0 on aggregate.

Esperance continued to struggle to break down the Belouizdad defence and the hosts' head coach Moine Chaabani decided to make changes in the 53rd minute.

The two-time Caf Champions League-winning coach introduced the Algerian duo of Abdel Raouf Benguit and Ilyes Chetti as the home side looked to break the deadlock.

Benguit proved to be an inspired substitution as the 25-year-old defender-cum-midfielder beat Belouizdad goalkeeper Taoufik Moussaoui to make it 1-0 to Esperance eight minutes after the hour-mark.

The momentum was with the Blood and Gold in the closing stages and they managed to double their lead with three minutes left on the clock through Mohamed Ali Ben Romdhane.

Badri set-up Ben Romdhane, who hit the back of the net to seal Esperance's 2-0 win over Belouizdad and the encounter ended in a 2-2 draw on aggregate, and a penalty shootout followed.

Esperance went on to win 3-2 on penalties with Benguit converting the final spot-kick.