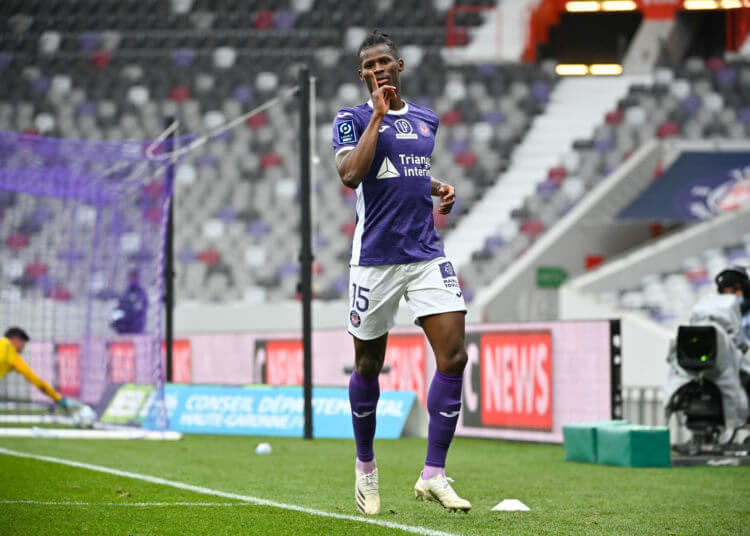 Daily Record reports that Ivorian striker Vakoun Issouf Bayo (aged 24, 1m84) is a target for Esperance of Tunisia who have enquired about his availability.

Vakoun Bayo who joined Celtic FC from Dunajská Streda (14 goals in 25 appearances) in January 2019 and scored only twice in 17 games has been loaned with an option to buy to French Ligue 2 side Toulouse FC.

Toulouse are not likely to permanently sign Bayo as he scored no more than six goals in 26 appearances, adds Daily Record - now 8 goals and three assists in 29 games, according to Transfermarkt.

As a youngster, Vakoun Bayo played in Tunisia for Etoile du Sahel.

On-loan Celtic striker Vakoun Bayo was on the scoresheet this afternoon for Toulouse on his return to the side.

The majority of Bayo’s goals this season have come with his head using his aerial ability and it was through that method that he drew Toulouse level in the game earlier on this afternoon in a game they went on to lose 3-1.

The Ivorian frontman missed the Ligue 2 side’s last fixture as they look to push for promotion, with Toulouse having a Covid-19 outbreak within the squad but made a return to action today.

During the week, it was revealed that Bayo was open to staying at the French side, who have an option to buy on him going into the summer but at this stage that looks unlikely.

There are already some suitors lining up a move for the 24-year old with Tunisian side Esperance reportedly taking interest in the striker, so it looks like we won’t be seeing much in terms of a return for Bayo in the next few months.

Celtic Star Out On Loan Open To Staying At Loan Club

Celtic loan star Vakoun Bayo is open to extending his stay with Toulouse, but the French club are yet to express their interest in triggering an option to buy him.

Having scored eight goals from 29 appearances across all competitions for the Ligue 2 club, Bayo has enjoyed his spell in France so far.

According to Toulouse-focused outlet LesViolets.com, the Ivory Coast international is open to extending his stay with the French second tier outfit.

And Toulouse, who are pushing for promotion into the Ligue 1, have the option to make Bayo’s loan move from Celtic permanent for a fee in the region of €1.5m.

However, Les Violets are yet to inform the Glasgow giants of their intention to trigger the option to buy the centre-forward.

Meanwhile, Bayo has attracted transfer interest from Tunisian outfit Esperance, who are said to have enquired with Celtic about his situation.

It remains to be seen if Esperance will step up their interest in the striker, who plied his trade in Tunisia between 2015 and 2018.

It remains to be seen if Esperance will step up their interest in the striker, who plied his trade in Tunisia between 2015 and 2018.