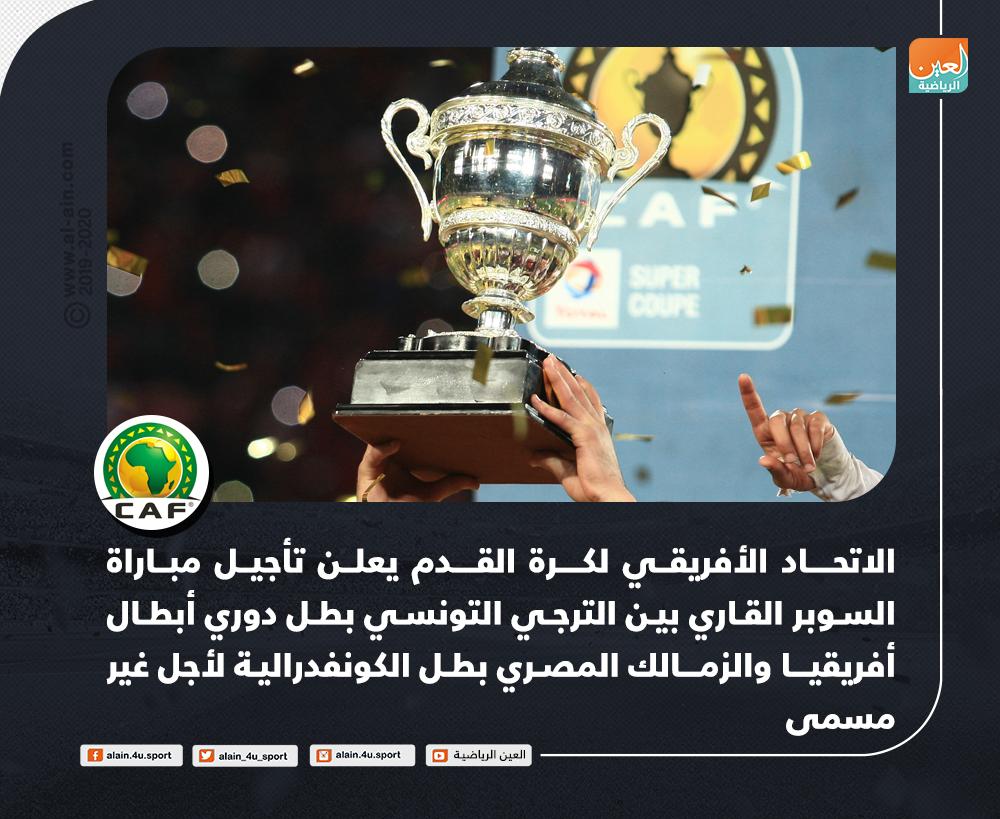 Qatari satellite TV company beIN Sports announced on Thursday that the Confederation of African Football (CAF) has set 14 February as the date of the African Super Cup game in the Qatari capital Doha.

Zamalek booked their place in the African Super Cup after claiming the CAF Cup title last season. They are scheduled to face the winner of the CAF Champions League title, Esperance of Tunisia.

The CAF has signed a deal with Qatar to host the Continental Super Cup for three seasons.

Last October, Zamalek Club President Mortada Mansour said his team wouldn’t travel to Qatar to play in the African Super Cup, as Egypt and several Arab countries severed diplomatic ties with Qatar in June 2017, accusing it of supporting of Islamist groups and attempting to destabilise the region.

"I don't mind playing against Tunisia’s Esperance, but I won't play in Qatar in order to lift a platelet [the trophy]," the Zamalek president said.

"We are ready for any problems the CAF may cause. We won't play the game no matter what, even if we are relegated to third division," Mansour said.

Zamalek could face a punishment by the CAF if they refuse to play the Super Cup game.