Re : Holders Esperance start defense with Raja away scalp

Holders Esperance started their 2019-20 Total CAF Champions League Group D campaign with an away victory over Moroccan giants Raja Athletic 2-0 in Casablanca on Saturday evening to go top of the group. 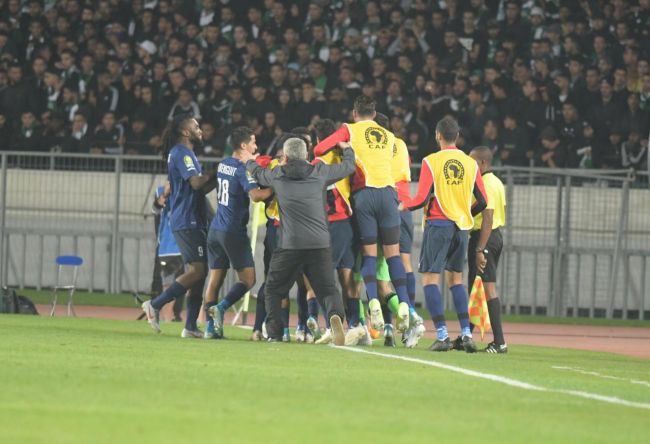 Visitors Esperance scored twice in quick succession and were 2-0 up as early as the 15th minute to start their title defense campaign in style.

Anice Badri opened the deadlock after 8 minutes, and Ivoirian Ibrahima Ouattara doubled the holders lead seven minutes later, as four times champions returned from Morocco with a vital away victory.

In front of a packed Mohamed V complex stadium, Esperance didn’t look intimidated with the huge home support to open the deadlock as early as the 8th minute. Ouattara sent a calling cross that Badri sent past Anas Zniti to give the holders an early lead.

And it was quickly 2-0 for Esperance at the quarter hour mark. Abdelraouf Benguit sent a cross from the left side that Ouattara sent home while the hosts’ defense looked stunned.

Raja threw everything in attack but couldn’t find a much needed goal before the break. 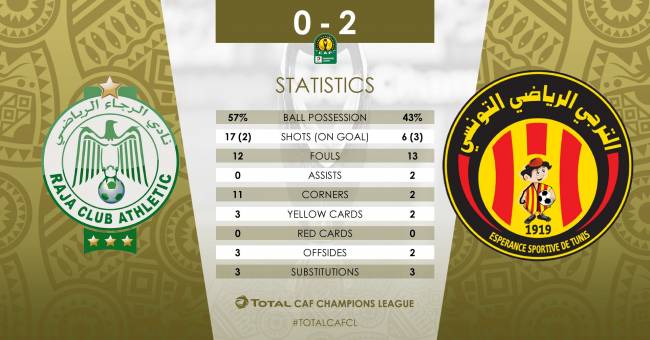 In the second half Esperance could have added a third goal when Badri’s shot kissed the crossbar after being deflected by Zniti.

Raja thought they pulled one back when Ben Malango scored but the goal was ruled out for offside.

Esperance topped the group on goal difference from Algeria’s JS Kabylie with 3 points each. DR Congo’s AS Vita and Raja follow in that order pointless.