The draw for the FIFA Arab Cup Qatar 2021™ was conducted at Katara Opera House in Doha tonight.

The nine highest-ranked teams, including host country Qatar, will join the seven winners from the qualifying stage in the final tournament. The 16 teams have been drawn into four groups of four, as follows: 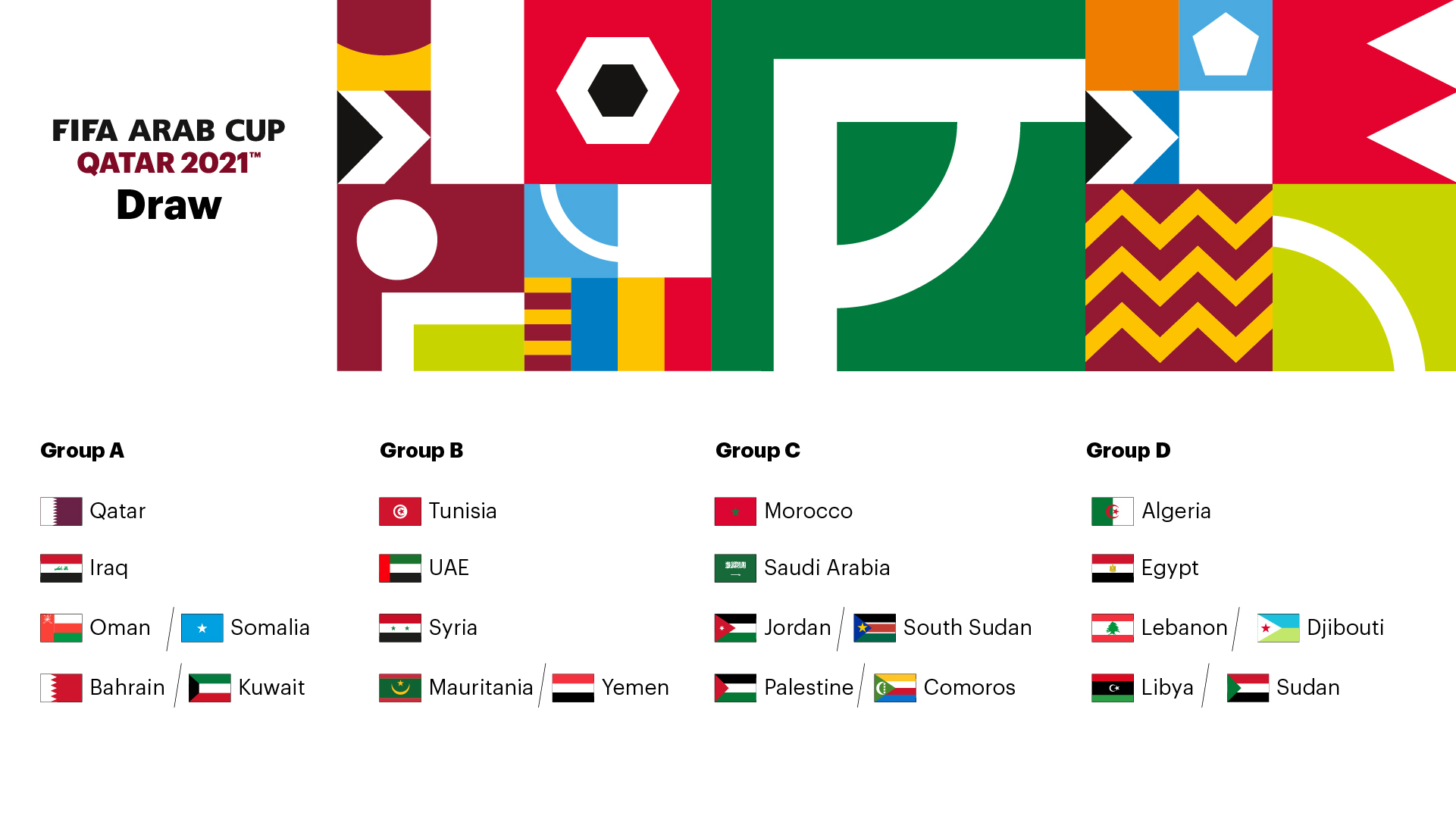 The four group winners and four group runners-up will proceed to the knockout stage: quarter-finals, semi-finals, third-place play-off and final. The matches will take place at six Qatar 2022 stadiums, with the venues set to be confirmed in due course.

The tournament will take place later this year – during a similar timeslot to the FIFA World Cup Qatar 2022™. It is seen as a vital opportunity to test operations and facilities exactly a year before Qatar hosts the first World Cup in the Middle East and Arab world.

Ahead of the draw, FIFA confirmed the pairings for the qualifying matches. The 14 lowest-ranked teams will take part in single-leg matches, based on the April edition of the FIFA/Coca-Cola World Ranking: