The ex-UCD, Longford Town and Bohemians ace has attracted interest from Spanish side Girona after winning the African Champions League with Esperance and making his international debut for Tunisia

AYMAN BEN MOHAMED is hoping to try his luck in Europe again, having already conquered Africa.

Reports have linked the ex-UCD, Longford Town and Bohemians star with a move to La Liga outfit Girona, with Egypt’s Zamalek also keen. 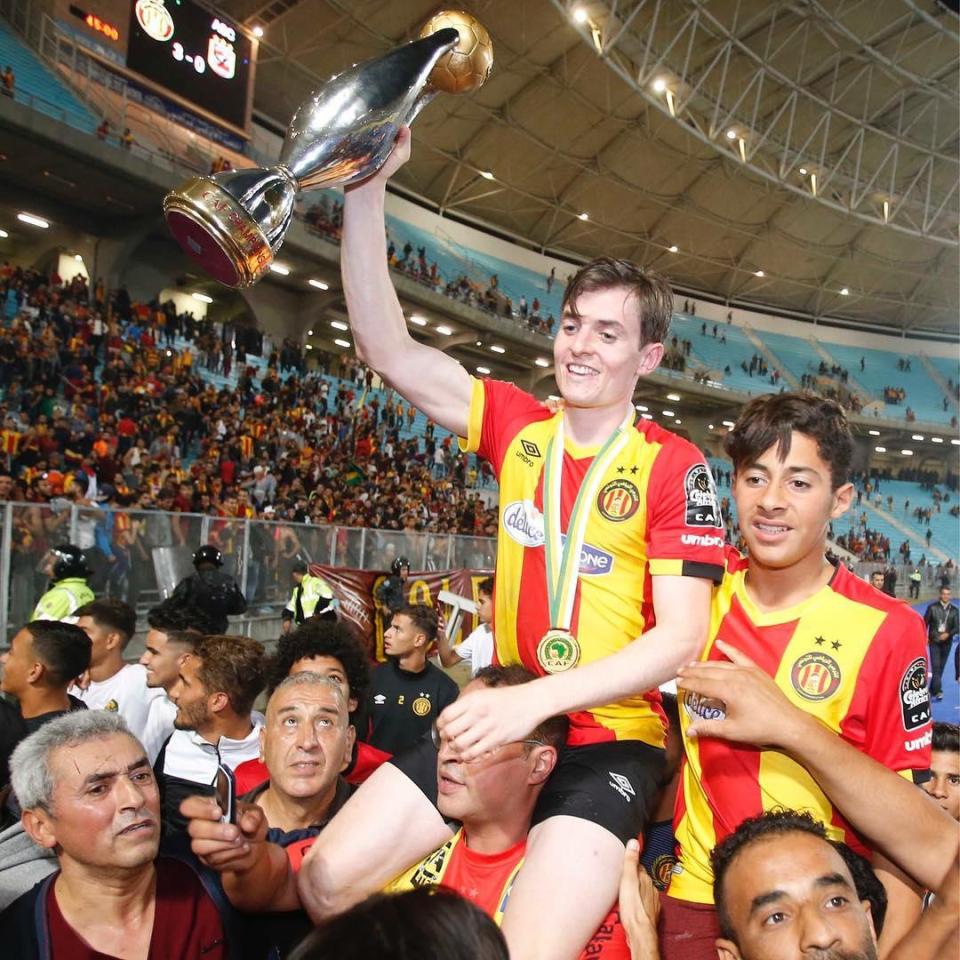 Ayman Ben Mohamed is keen on a return to Europe

The Dublin-reared player’s profile has risen after winning the African Champions League with Esperance and making his international debut for Tunisia in the space of six weeks late last year.

While Ben Mohamed said there has been no concrete proposal from the Catalan club, he confirmed he is weighing up interest from European outfits as he considers the offer of a new contract from the Tunisian outfit.

He told SunSport: “I have always said that I wanted to go back to Europe at some point but I also have to balance that with recognising that Esperance gave me my chance.

“So I want to do right by them but also by my own career. 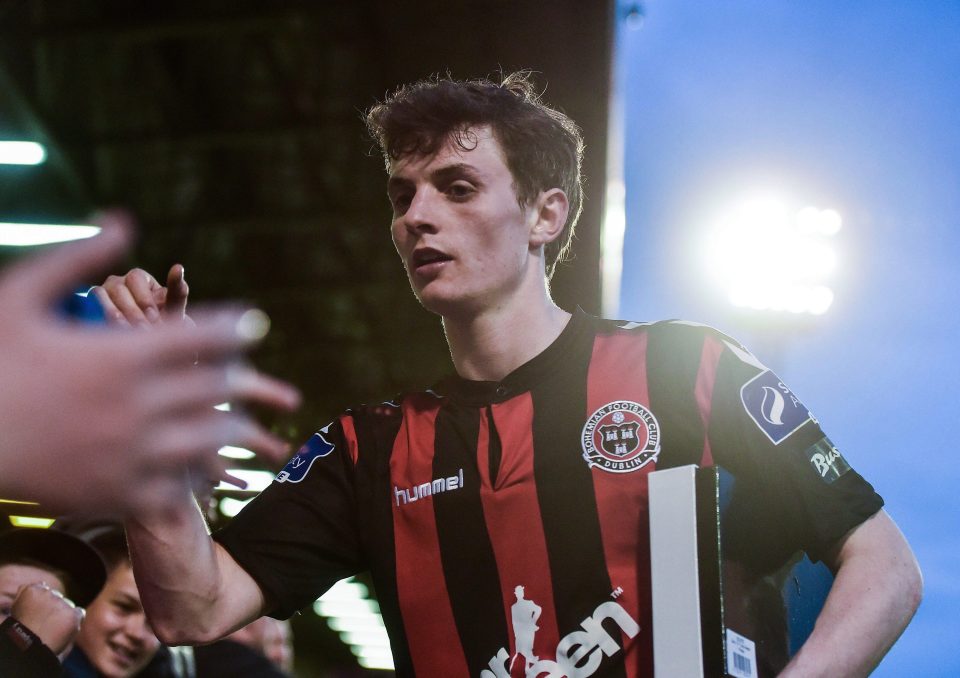 “There is interest from some big leagues in Europe, which is flattering.

“It is a nice position to be in and we will just have to wait and see what happens.”

Things are certainly going better than they were in his first two years at the club.

After joining Bohs from Longford at the start of the 2016 season, the then-Trinity College student — born in London to an Irish mother and ­Tunisian father — earned a surprise international call-up for the Eagles of Carthage.

He did not feature but his inclusion raised his profile with a move to Esperance following swiftly.

While he appreciated it might be something of a slow-burner, progress came at a snail’s pace.

He managed just three appearances in his first season and, in his second, just when it looked like he might be about to make the breakthrough, he tore cruciate ligaments.

The experience left the 24-year-old in two minds as to whether he should stay for the third year of his contract.

But he was convinced to stay by Khaled Ben Yahia — the fourth of five coaches he has had since joining the club — and it proved to be the best decision he has made in his career to date. In
October, he was handed his international debut in an African Cup of Nations qualifier against Niger by Faouzi Benzarti, one of his former club managers.

He won a further two caps the following month, in the return game against Niger and a friendly against Morocco.

Ben Mohamed added: “One of my goals coming to Tunisia was to play international football because a lot of players from the league do get called up so that was a great experience.”

Despite winning all of his three games in charge, Benzarti left after a disagreement with the football ­federation with Alain Giresse — who helped France win the ­European Championships as a player in 1984 — appointed as his ­successor. 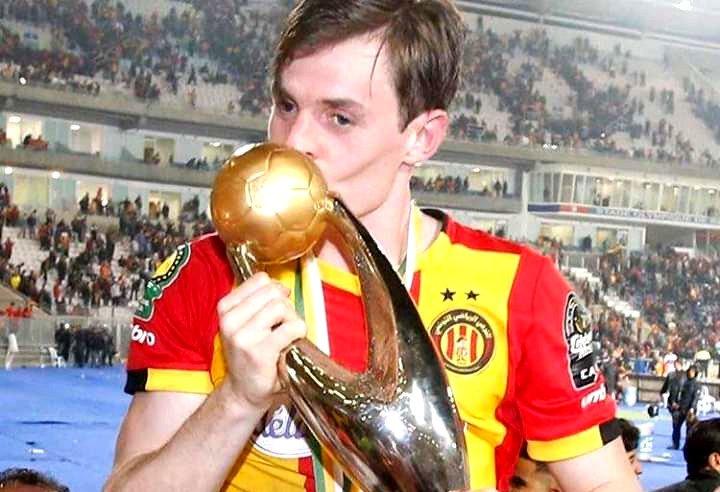 Ben Mohamed was omitted from his first squad but there are no regrets about no longer being eligible to play for Ireland.

His only recognition from the FAI was a call-up to an Under-21 squad for home-based players by Noel King.

He explained: “I never heard anything after that but if Ireland had called me up, I would have played for them.

“I am Irish and Tunisian so I would have been proud to play for either of them but Tunisia were the country that gave me the opportunity. I haven’t spoken to the new coach yet.

“But the African Cup of Nations finals are in Egypt this summer and that’s something I really would like to be involved in.”

By the time he had won his second and third caps, he had helped ­Esperance overcome a 3-1 first-leg deficit to defeat Al-Ahly of Egypt to be crowned African champions.

An injury meant Ben Mohamed — who has been converted from a winger to a left-back — was ­watching from the stands in ­Alexandria as the home side ­benefited from being awarded two controversial penalties.

He said: “It was hard watching and not being able to help out but the refereeing decisions just made us more motivated.

“It was an unbelievable atmosphere in the stadium.

“And the celebrations did not just go on long into the night but days afterwards, with people out on the streets and everything.”

A realignment of the competition’s schedule meant that, within two months of winning the crown, they had begun their defence.

On Saturday, a 0-0 draw in South Africa ensured they remained top of their group on goal difference ahead of the Orlando Pirates.

They are also top of the Tunisian League and, although the club won the title in 2017 and 2018, Ben Mohamed is particularly eager for a third triumph in a row.

He explained: “Although we have won the league twice while I have been here, I didn’t really feature in the first two, the first because I wasn’t getting picked and the second because I was out injured for over a year.

“So it would be nice to do it again and feel more a part of it.”

And, although signing a new deal remains a possibility, if he collects more silverware between now and the summer, Ben Mohamed could leave for pastures new with no regrets.

He said: “I have a decision to make and I want to take my time. It is everyone’s dream to play in one of the top leagues in Europe and I am no different so hopefully it will happen.