KCCA FC head coach Mike Mutebi insists that his side are unfazed by the World Cup experience of their CAF Champions League opponents Esperance ahead of the two sides' meeting on July 17th.

Esperance players Ghaylen Chaaleli and Anice Badri both featured for Tunisia during the Carthage Eagles' campaign in Russia, but Mutebi doesn't believe that KCCA will be daunted by facing players of their calibre at the Stade Olympique de Rades.

"Esperance having players who featured in the World Cup will not worry us, but instead it has even motivated my players more because they believe they can prove a point," Mutebi told journalists on Friday.

"Facing Esperance is a very attractive challenge. The fact that other bigger teams are noticing that KCCA FC are using young players and playing well shows that we have provoked attention and we shall continue to do things in our way."

Mutebi is confident that after defeating Al Ahly 2-0 earlier in their group-stage campaign, KCCA can now go on and end their underwhelming record away from home against North African teams. 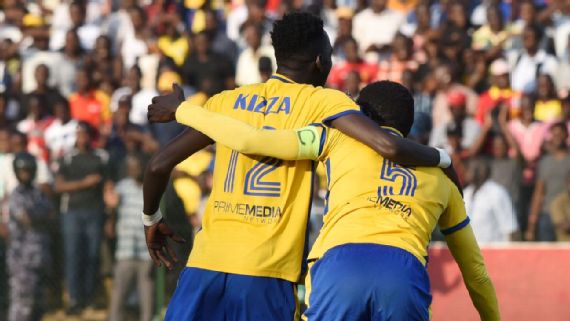 "Right from last year in the Confederation Cup, we have showed that we can beat any team in the continent and that comes out of belief," Mutebi continued.

"Now that my players tasted a big win against Al Ahly, we are going all out to try and break that jinx against teams in North Africa in their home grounds."

KCCA have bolstered their squad since their last continental game, although it remains to be seen whether the new faces can replace the trio of Derrick Nsibambi, Paul Mucureezi and Denis Oola Okot.

"I have players who have recovered from injury like Muzamir Mutyaba and Ibrahim Saddam," the coach continued. "We have also added new players like defender Bernard Muwanga and Gift Ali to strengthen the team on the continent."

KCCA are currently third in Group A on three points, while Esperance are top on four.

Botswana's Township Rollers second after one win and one defeat, while Ahly, who picked up their only point in the barren draw at home to Esperance, are bottom of the log.